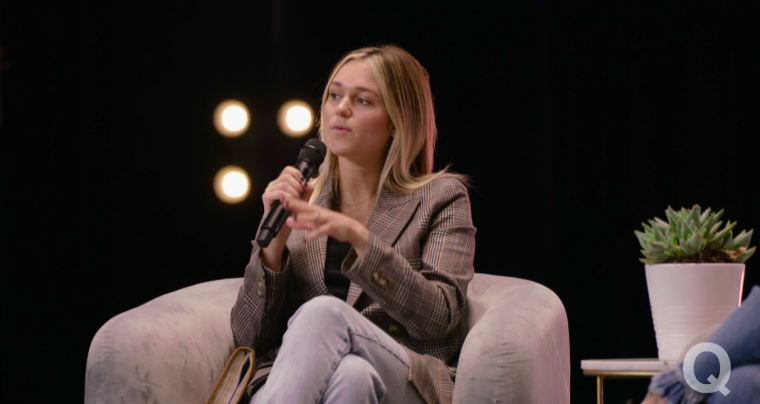 In a virtual interfaith Q&A townhall for young adults, Gen Z panelists told the audience that truth has become so relative and polarizing that they’re craving clarity and mentoring from older people in their Church.

According to the Christian Post, the Gen Z townhall focused on issues surrounding young Christian discipleship, social media and mental health crises. One of the panelists, 23-year-old Evangelical author Sadie Huff, said that her generation needs disciple-leadership from older church members who aren’t lukewarm on issues.

“Sometimes, our generation is fearful to ask for a mentor or fearful to ask to be discipled, but we crave it. And so if you are in the older generation … if you came up to us and said, ‘Can I disciple you?’ I know my answer would be yes every time. And I know a whole lot of people who would agree with me who are my age.”

The need for mentoring is reflected in a society where it’s becoming less possible to be lukewarm in Christian discipleship. Panelists observed that it used to be easier for the older generation to survive socially in the grey area, but today the pressure to chose a side has never been greater. And that can be a positive thing.

“It’s pretty hot or cold because it’s actually really cool to stand for something these days,” she explained. “It’s cool to 100% follow God, and it’s cool to 100% stay in the world. It’s really not cool to be in the middle anymore. And it used to be different.”

Gen Z is craving absolute truth from their leaders, and they’re open to getting the truth straight-up. Sadie believes that having theological clarity will result in more grounded discipleship, because young people won’t be torn between living their faith with conviction and constantly having to adjust to the moving targets of moral relativism.

“The world is kind of polarizing; it’s either black or white, and so you do have to choose. I think we do need to say to this generation, ‘choose,’ and let the people who are going to be on fire, be on fire. I think, in that way, we can reach more of the lost than being confused by who’s actually lost.”

Odom added that the older generation needs to ask, “Will we fight for Gen Z?”

“There are a lot of people that are fighting for our attention,” she said, specifically mentioning social media, politics, and pornography. There’s a legacy to be built, and the younger generation is going to take up that baton, and so it matters to equip them.”

Gen Z and the Eternal Family

In many ways, these interfaith Christian young adults are expressing the same concerns as leaders in The Church of Jesus Christ of Latter-day Saints. The plea for equipping the rising generation with clarity and conviction is coming from not only the Gen Z young adults, but also Church leaders. Julie B. Beck echoed the need for clarity in a landmark address titled “Teaching the Doctrine of the Family“:

We are preparing our youth for the temple and for eternal families. Many threats are coming to them that can discourage them from forming an eternal family. Our role in this is to teach them so they don’t misunderstand. We must be very clear on key points of doctrine, which we find in “The Family: A Proclamation to the World.”

This generation will be called upon to defend the doctrine of the family as never before. If they don’t know it, they can’t defend it. (Link)

Elder Kim B. Clark, former President of BYU-Idaho and Church Commissioner of Education, has made similar observations:

The students not only need a better knowledge of the doctrine of marriage, they need to understand it in their hearts. They need a spiritual witness of its truth, and they need to act on that witness in the way they prepare now to be husbands or wives and mothers or fathers in an eternal family.
_____
They also need to know how to talk about the doctrine of marriage with their friends and with others who may not share their beliefs. And they need to grow in their capacity to discern between truth and error. They need increased faith in Jesus Christ, and they need increased hope in Him. This is what the rising generation needs. (Link)

These Latter-day Saint Church leaders are rightly concerned about the need to strengthen Gen Z’s ability to turn spiritual belief into action. At its core, the theological disconnect is most often found with marriage and family. And, it is where increased doctrinal clarity and teaching are needed the most. This is reflected in Barna’s 2019 report titled “What Will it Take to Disciple the Next Generation?” Here, researchers found that marriage, family and faith ranked among the lowest in priorities for Millennials, and even lower now for Gen Z:

As shown in the above graphic, Gen Z appear to be prioritizing spirituality, marriage and children even less than Millennials. This downward shift makes it all the more important to teach the rising generation about the doctrine of marriage and family much earlier in life. It also means that if we want to have a better chance at getting these crucial doctrines into the hearts and minds of our young people, it will be useful to integrate “The Family: A Proclamation to the World” into every gospel lesson, at every age. Julie Beck talks about this in her 2009 address on the family (referenced above):

The concept of tying the family proclamation into every lesson is something that can implemented right away and provides virtually unlimited opportunities to have meaningful conversations about the theology of the family. With practice and consistency, it can be a powerful tool to help disciple-leaders answer Gen Z’s call for clarity in a world filled with moral relativism.

We hope this information is helpful to you in your family and ministry. If you found this article helpful, feel free to share it with others who work with youth and young adults. Check out our weekly episodes of the Raising Family Podcast where our hosts David Steele and Linda Hill discuss our most pressing cultural and social issues from a family proclamation perspective. You won’t want to miss an episode!