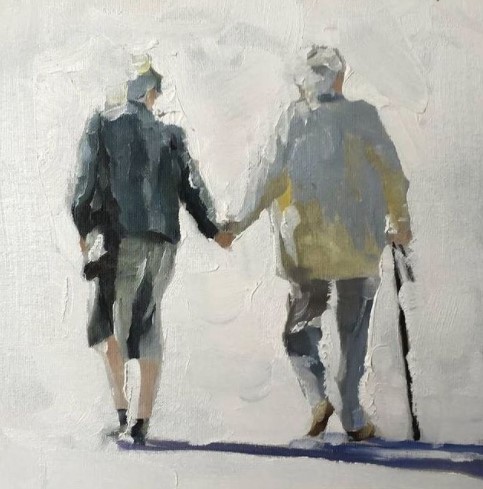 Marriage, what are we trading it for?

As a people or individually are we in danger of trading God’s beautiful gift of eternal marriage for socially-constructed, worldly attitudes or definitions of marriage in a casual manner like Esau gave up his birthright?

This week’s lesson offers an opportunity to consider that. As well, the careful selection of Rebekah as a companion to Isaac in honor of marriage? As “perhaps the most vital of all the decisions and has the most far-reaching effects.” (President Spencer W. Kimball, “Oneness in Marriage”)

God’s definition and promise is: “Marriage between a man and a woman is ordained of God.” We know “marriage between man and woman is essential to His eternal plan.” A plan that includes immortality, exaltation, forever families, powers, priesthoods and progress.

In contrast, painful divorces, outcomes for children, society, and a stated “til death do you part” pale in comparison.

“The institutional nature of marriage, therefore, combined with the long-term nature of marital bonds, may account for the especially favorable state of wellbeing among spouses. … Even individuals in relatively unhappy marriages may benefit from the stability, commitment, and social status of marriage. And the long-term time horizon of marriage may provide people with the hope that their relationships will improve in the future. … After controlling for relationship happiness, married individuals continued to have the highest level of subjective well-being … [and] being married was associated with higher self-esteem, greater life satisfaction, greater happiness, and less distress. Source: Dush, Claire M. Kamp, & Amato, Paul R. (2016)

As we’re reminded in Matt: 6, “Lay not up for yourselves ​​​treasures​ upon earth, where moth and rust doth corrupt, and where thieves ​​​break through​ and steal:

​​​… For where your treasure is, there will your heart be also.