What is truth? Moral relativism is the ‘majority opinion’ of Gen Z, new study reveals 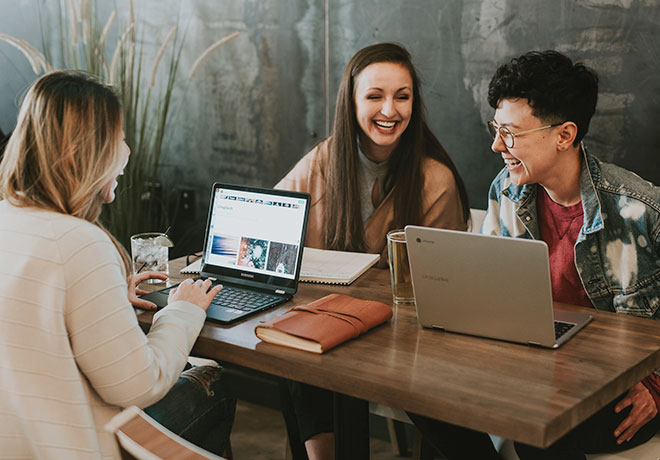 A new study from the Barna Group has found that Gen Z overwhelmingly believe in moral relativism. The Christian Post reported that “the Barna Group, in partnership with the Impact 360 Institute, collected data from 1,503 U.S. teens and young adults ages 13 to 21 between June 15 and July 17, 2020.”

The study found that “31% of teens and young adults “strongly agree” that what is “morally right and wrong changes over time, based on society,” compared to just 25% in 2018. Another 43% agree “somewhat.”

Of these findings, Jonathan Morrow from the Impact 360 Institute noted that the results and trajectory were deeply concerning. “It means literally moral reality … moral truth shifts as society shifts,” he said, noting that this trend “will have devastating consequences for everyone trying to live according to God’s good design and flourish as He designed them to function in this world as image-bearers.”

Only 10% of teens and young adults surveyed “strongly disagree” that morals and the notion of right and wrong can change over time as society changes, leaving an overwhelming majority of those who do not believe in objective truth and morality. Without an ultimate reference point for finding truth, this generation are left to depend on people and societies feelings and desires instead of believing that there is an ultimate source for truth, morality, and spirituality.

How can we find truth?

Truths taught The Family: A Proclamation to the World are examples of eternal truths not subject to moral relativism. This is affirmed by the introductory paragraph:

“We, the First Presidency and the Council of the Twelve Apostles of The Church of Jesus Christ of Latter-day Saints, solemnly proclaim that marriage between a man and a woman is ordained of God and that the family is central to the Creator’s plan for the eternal destiny of His children.”

In a 2013 BYU devotional, Elder Dieter F. Uchtdorf gave a hallmark address titled “What is Truth?” Here, he outlined some of the very real questions and answers involving the quest for truth in a world full of moral relativism. He started out by asking three important questions:

“Is it really possible to know the truth?”

“How should we react to things that contradict truths which we have learned previously?”

Is It Possible to Know the Truth?

Elder Uchtdorf answers this question with a resounding “yes!” His pattern for finding truth is invaluable—and worth teaching the rising generation how to discover eternal truth for themselves:

The thing about truth is that it exists beyond belief. It is true even if nobody believes it.

We can say west is north and north is west all day long and even believe it with all our heart, but if, for example, we want to fly from Quito, Ecuador, to New York City in the United States, there is only one direction that will lead us there, and that is north—west just won’t do.

Of course, this is just a simple aviation analogy. However, there is indeed such a thing as absolute truth—unassailable, unchangeable truth.

This truth is different from belief. It is different from hope. Absolute truth is not dependent upon public opinion or popularity. Polls cannot sway it. Not even the inexhaustible authority of celebrity endorsement can change it.

So how can we find truth?

As we all know, it is difficult enough to sort out the truth from our own experiences. To make matters worse, we have an adversary, “the devil, [who] as a roaring lion, walketh about, seeking whom he may devour.”10

Satan is the great deceiver, “the accuser of [the] brethren,”11 the father of all lies,12 who continually seeks to deceive that he might overthrow us.13

The adversary has many cunning strategies for keeping mortals from the truth. He offers the belief that truth is relative; appealing to our sense of tolerance and fairness, he keeps the real truth hidden by claiming that one person’s “truth” is as valid as any other.

Some he entices to believe that there is an absolute truth out there somewhere but that it is impossible for anyone to know it.

For those who already embrace the truth, his primary strategy is to spread the seeds of doubt. For example, he has caused many members of the Church to stumble when they discover information about the Church that seems to contradict what they had learned previously.

If you experience such a moment, remember that in this age of information there are many who create doubt about anything and everything, at any time and every place.

LDS professors Ed Gantt, PhD and Jeff Thayne, PhD ask this question in a series titled “Who is Truth?” (highly recommended reading). Elder Ucthdorf also testifies of the divinity of He who is Truth:

There is one source of truth that is complete, correct, and incorruptible. That source is our infinitely wise and all-knowing Heavenly Father. He knows truth as it was, as it is, and as it yet will be. “He comprehendeth all things, . . . and he is above all things, . . . and all things are by him, and of him.”

Our loving Heavenly Father offers His truth to us, His mortal children.

Now, what is this truth?

It is His gospel. It is the gospel of Jesus Christ. Jesus Christ is “the way, the truth, and the life.”

If we will only have enough courage and faith to walk in His path, it will lead us to peace of heart and mind, to lasting meaning in life, to happiness in this world, and to joy in the world to come. The Savior is “not far from every one of us.” We have His promise that if we seek Him diligently, we will find Him.

Check out the rest of TheFamilyProclamation.org by listening to our weekly podcast series Raising Family on cultural and social issues involving the family, as well as more of Relatable articles. A good place to start is our first podcast episode explaining why this site exists and what our team of experts hope to accomplish.

“Most of the time when we try to defend the family, we are labeled as ‘haters.’ I felt there had to be another way to go about it. I didn’t want to use the truths I knew about the family to fight, I wanted to use them to invite.”