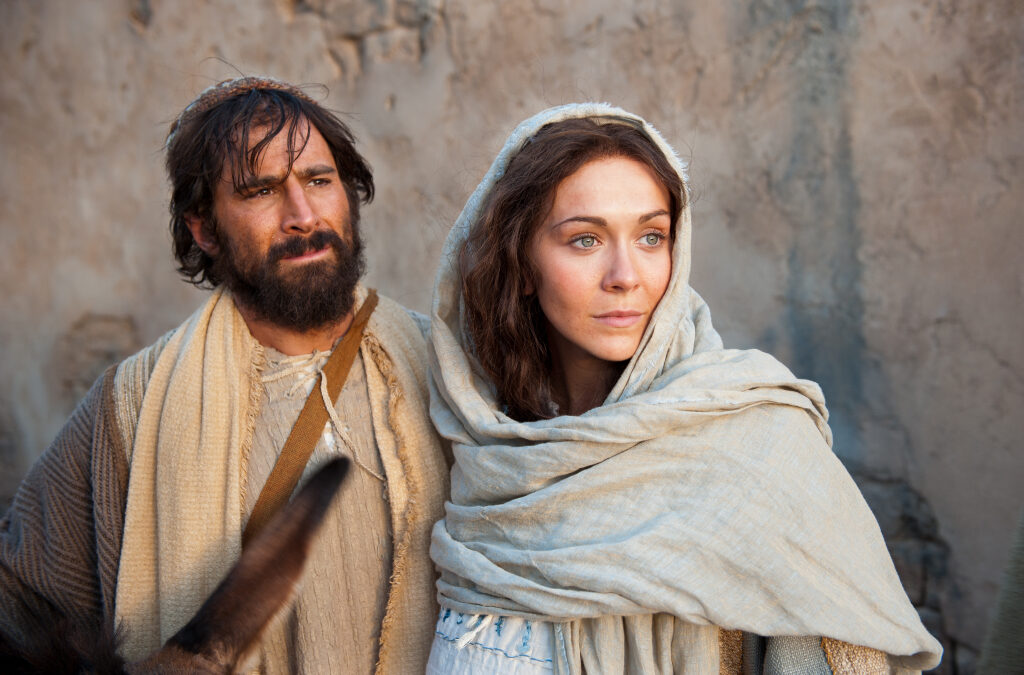 As we prepare to celebrate the birth of Christ, our homes and churches will be filled with families and congregations sharing the Nativity story. That story will most likely start out like this:

“Two thousand years ago, a woman named Mary was engaged to a man named Joseph when an angel appeared to her and told her that she was going to have a baby!”

And while the rest of that story will inspire countless people to want to live better lives, the true story should make us also marvel at the magnitude of what we are missing.

You see, the story as it is commonly told misses a critical point that changes everything.

Mary and Joseph were not engaged when Jesus was conceived, they were betrothed. To modern readers, we see no distinction, but in ancient Jewish culture, that distinction meant everything. There were two steps to marriage, the first being the betrothal, or erusin, wherein the couple formally committed to marriage. At this time, they were legally considered married, they were referred to as “husband” or “wife” (2 Sam. 3:14; Deut. 22:24), and they could only end their marriage through death or divorce (Deut. 22:22-29).

They were not, however, legally able to consummate their marriage until after the second step of the marriage process: nissuin, or the formal home-taking ceremony. The interval between these two events could last as long as a year. During this time, the bride prepared for the ceremony and for her upcoming move and the husband was expected to prepare the home that he would bring his wife into (a thought that makes John 14:2-3 even more tender when we realize that Jesus is the bridegroom and we are the wife!).

Mary was a married woman when the angel appeared to her and told her that she would be the mother of Jesus. Joseph was a married man not yet legally able to consummate his marriage when he found out that his wife was pregnant. The agony he felt when he believed she had been unfaithful was whether or not to divorce her.

The answer to that question was imperative, not only to Jesus, Mary, and Joseph, but also to God the Father.

Paragraph 7 of “The Family: A Proclamation to the World” states, “Children are entitled to birth within the bonds of matrimony, and to be reared by a father and a mother who honor marital vows with complete fidelity.”

The word “entitled” has a strong connotation to most of us, but here, it clearly denotes a “right” or “claim”. Being born into a family with a married father and mother, we are to understand, is the fundamental right of every child.

God did not make an exception for His own child. On the contrary, it was so important to God that He divinely intervened to ensure it! And the very verses (Matt. 1:18-25) that show us how highly God prioritized the continuation of this marriage affirm the reality of it (emphasis added):

18 ¶ Now the birth of Jesus Christ was on this wise: When as his mother Mary was espoused to Joseph, before they came together, she was found with child of the Holy Ghost.

19 Then Joseph her husband, being a just man, and not willing to make her a publick example, was minded to put her away privily.

20 But while he thought on these things, behold, the angel of the Lord appeared unto him in a dream, saying, Joseph, thou son of David, fear not to take unto thee Mary thy wife: for that which is conceived in her is of the Holy Ghost.

21 And she shall bring forth a son, and thou shalt call his name Jesus: for he shall save his people from their sins.

22 Now all this was done, that it might be fulfilled which was spoken of the Lord by the prophet, saying,

23 Behold, a virgin shall be with child, and shall bring forth a son, and they shall call his name Emmanuel, which being interpreted is, God with us.

24 Then Joseph being raised from sleep did as the angel of the Lord had bidden him, and took unto him his wife:

25 And knew her not till she had brought forth her firstborn son: and he called his name JESUS.

Knowing the order and steps of a Jewish marriage open these incredible versus up even more! The betrothal had already occurred, but not the home-taking or consummation. Joseph chose to continue with the marriage ceremony (v. 24) but did not consummate the marriage until after Jesus was born (v. 25).

Mary was a virgin, but a married one.

Jesus was born to parents who were married and was raised by parents who faithfully honored their vows to one another and to God.

Heavenly Father would not have had it any other way.

Children have a supernal claim to being born into our Heavenly Father’s pattern for marriage and family. While some of us will not have the chance to achieve or maintain that ideal, we are blessed with the clear, God-given and God-exemplified direction of what we should strive for, whether in this life or in the life to come.

So this Christmas, as we marvel at the birth of our Savior, Jesus the Christ, may we marvel in another glorious gift that God has given us: family.

We know it can be hard to make sense of social issues through the lens of the gospel. That’s why we took the proclamation line by line and give you social science, stories and scriptures that back it up with the “why” behind the Christian view of marriage, family and gender. Be sure to bookmark this site as a quick reference guide and follow us on Instagram).

Don’t miss the Christmas episode of The Raising Family Podcast, where BYU professor Brian Hill talks about some surprising (and fascinating) research behind family traditions.