Why Does the Family Proclamation Begin With Serious Words Like “Solemnly Proclaim”? 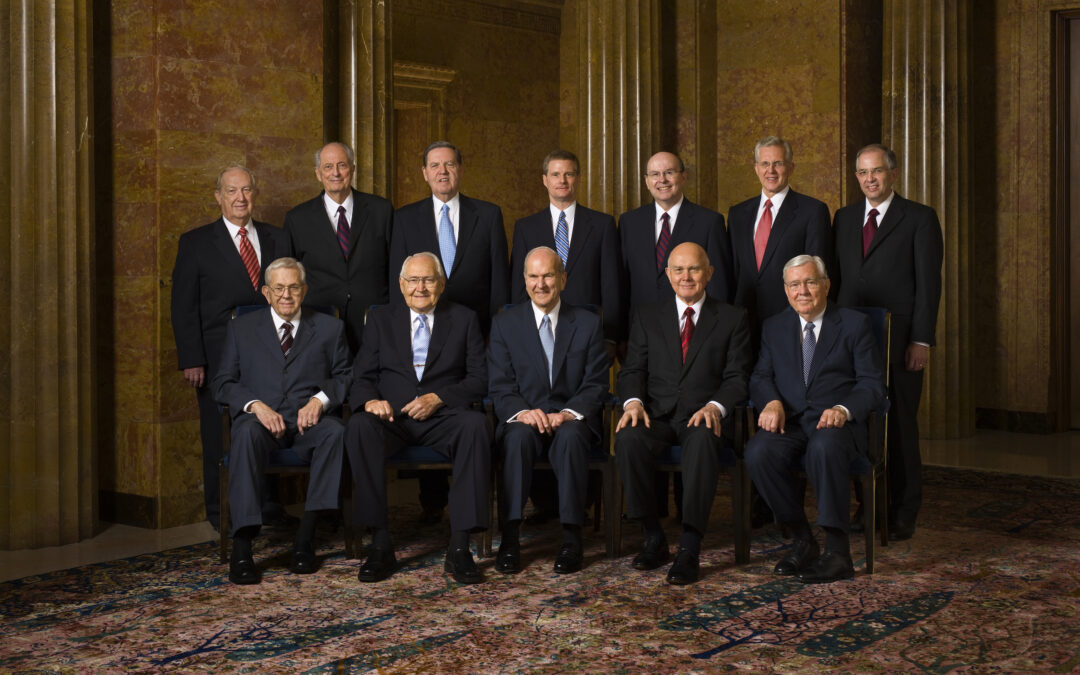 We, the First Presidency and the Council of the Twelve Apostles of The Church of Jesus Christ of Latter-day Saints, solemnly proclaim …

One of the lesser discussed (but still important) aspects of “The Family: A Proclamation to the World” are the choice of words prophets and apostles used to teach the doctrine of the family. Studying specific words found in the proclamation can give us a window into the perspective of its authors and what they wanted to convey to everyone who reads it, whether they are a member of The Church of Jesus Christ of Latter-day Saints or not.

Scholars Dallin D. Oaks and Evelyn S. Stanley explored the very specific word choices used of the proclamation in their article “Some Linguistic Observations on “The Family: A Proclamation to the World” in the book Successful Marriages and Families: Proclamation Principles and Research Perspectives. Here, they explain their process of analyzing the words of the family proclamation:

So how should we approach an analysis of the very medium by which the family proclamation is conveyed? The best solution, in our opinion, is to look at the proclamation from the perspective of significant linguistic choices that have been made in preparation of the document, especially when another available option would have conveyed the same basic meaning, without some of the resulting effects of the selected form. In doing so, we will not attempt to identify why a particular choice was made, but we will often note a result of the particular linguistic choice. These resulting effects can be shown to be significant, even though we may not always know the motivation behind the choice.

In other words, these scholars are explaining that it’s interesting to look at the words the authors chose when other words were available that could have said essentially the same thing. While we may not know exactly why the words were chosen, we can know that the authors were very deliberate and careful in doing so.

Let’s look at the choice of “solemnly proclaim” in the first sentence. It is interesting that the authors could have simply said that “marriage between a man and a woman is ordained of God and that the family is central to the Creator’s plan for the eternal destiny of His children.” Instead, they chose to “solemnly proclaim” these truths, which signals to the reader that this is no small thing. Take, for instance, the definition of solemnly:

Does the word “solemnly” catch our attention? Now, let’s look at the word proclaim:

Put together, the words solemnly proclaim hold significant weight, and when placed in context of what the authors are solemnly proclaiming, the phrase carries even more weight. Namely, that the doctrine of “marriage between a man and a woman is ordained of God and that the family is central to the Creator’s plan.” This is no small thing. The directness of these words give us insight into just how doctrinally serious and central marriage between a man and a woman and the family unit they create together are to God and His plan.

It’s interesting to know that prophets and apostles could have chosen to use less strong wording, but they did not. These words are instructive and they come from our instructors here on earth: special witnesses of Jesus Christ to all the world. And so, as members of The Church of Jesus Christ of Latter-day Saints, we can know with absolute clarity just how important marriage between a man and a woman and the family that union produces are to our Heavenly Father. It’s been proclaimed (in a grave, serious, somber, formal, binding manner) with solemnity (official, public, formal, and openly) by prophets, seers and revelators. Of this, BYU professor Dallin D. Oaks explained:

There is much more to be explored with the linguistic choices of the family proclamation (which will be done in future articles). At the very least, delving into word choices and looking at sentence structure, particularly in the context of especially important doctrines like marriage and family. Understanding the background can help us understand the doctrine in a new light. Even though these truths are being challenged and deconstructed today, we look to these foundational doctrinal statements for stability in our everchanging world.

Visit the rest of this site for the latest podcast episode titled “Calamities, Blessings, and the Equality Act.” Brent Andrewsen, lawyer and Chairman of the Board at Kirton McConkie, joins the podcast again to discuss this warning and how The Equality Act may affect the family. Brent proposes that the law is a teacher for the people living it, and hosts David and Linda join in to discuss why we can still have hope and control in our families regardless of where we live or the calamities that may come.