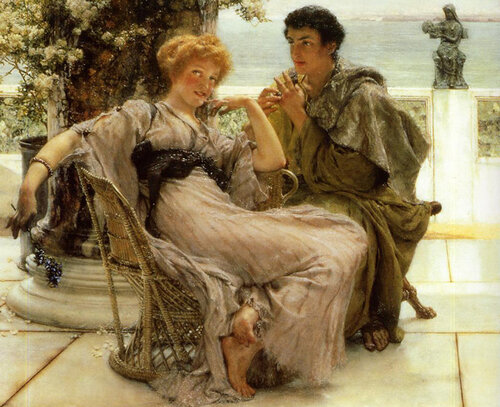 “We warn that individuals who violate covenants of chastity, who abuse spouse or offspring, or who fail to fulfill family responsibilities will one day stand accountable before God. Further, we warn that the disintegration of the family will bring upon individuals, communities, and nations the calamities foretold by ancient and modern prophets.”
(Paragraph 8, “The Family: A Proclamation to the World“)

Republished with permission and special thanks from Kirk Durston.

One winter afternoon I was relaxing with a half-dozen fellow graduate philosophy students discussing theories of law and punishment. About an hour into the discussion, it occurred to me that some moral laws might limit pleasure and enjoyment in the short term but in the long term minimize suffering and maximize human fulfillment.

A few days ago I finished studying Sex and Culture for the second time. It is a remarkable book summarizing a lifetime of research by Oxford social anthropologist J.D. Unwin.[1] The 600+ page book is, in Unwin’s words, only a “summary” of his research—seven volumes would be required to lay it all out.[2] His writings suggest he was a rationalist, believing that science is our ultimate tool of inquiry (it appears he was not a religious man). As I went through what he found, I was repeatedly reminded of the thought I had as a philosophy student: some moral laws may be designed to minimize human suffering and maximize human flourishing long term.

Unwin examines the data from 86 societies and civilizations to see if there is a relationship between sexual freedom and the flourishing of cultures. What makes the book especially interesting is that we in the West underwent a sexual revolution in the late 1960’s, 70’s, and 80’s and are now in a position to test the conclusions he arrived at more than 40 years earlier.

Degrees of sexual restraint were divided into two major categories—prenuptial and postnuptial. Prenuptial categories were:

So what did he find?

I have prepared a 26-page collection of quotes from his book that summarize his findings; but even that would leave you with a significant under-appreciation of the rigor and fascinating details revealed in data from 86 cultures. Here are a few of his most significant findings:

How does this compare with our culture today?

Unwin published his findings in 1936, long before the sexual revolution that occurred in the West. We now have an opportunity to test his conclusions by observing if our own culture is following the predicted pattern. Unwin’s “generation” appears to be approximately 33 years, so it should take about a century for us to see the cultural changes take full effect, but we are far enough along in the process that we should be able to observe certain predicted effects.

We now have an opportunity to test his conclusions by observing if our own culture is following the predicted pattern.

Prior to the sexual revolution which began in the late 1960’s, prenuptial chastity was still held in strong regard by Western culture. But, starting in the 1970’s, pre-marital sexual freedom became increasingly acceptable. By the early 2000’s, the majority of teens  were sexually active, to the extent that remaining a virgin until marriage was regarded with disbelief if not ridicule. At the same time, our culture moved from a social norm of absolute monogamy to “modified monogamy”.

Unwin’s predictions for our culture

Thanks to the rationalist generations that preceded them, the first generation of a society setting aside its sexual restraints can still enjoy its new-found sexual freedom before any significant decline in culture, but the data shows that this “having your cake and eating it too” phase lasts a maximum of one generation before the decline sets in. Unwin wrote:

The history of these societies consists of a series of monotonous repetitions; and it is difficult to decide which aspect of the story is the more significant: the lamentable lack of original thought which in each case the reformers displayed, or the amazing alacrity with which, after a period of intense compulsory continence (sexual restraint), the human organism seizes the earliest opportunity to satisfy its innate desires in a direct or perverted manner. Sometimes a man has been heard to declare that he wishes both to enjoy the advantages of high culture and to abolish compulsory continence. The inherent nature of the human organism, however, seems to be such that these desires are incompatible, even contradictory. The reformer may be likened to the foolish boy who desires both to keep his cake and to consume it. Any human society is free to choose either to display great energy or to enjoy sexual freedom; the evidence is that it cannot do both for more than one generation.[6]

Looking at our own sexual revolution, the “having your cake and eating it too” phase would have lasted into the early 2000’s. We are now at a stage where we should begin to observe the verification or falsification of Unwin’s predictions.

Unwin found that when strict prenuptial chastity was abandoned, absolute monogamy, deism, and rational thinking disappeared within three generations of the change in sexual freedom. So how are we doing as we enter the second generation since our own sexual revolution at the end of the 20th century?

If I were asked to define a sophist, I should describe him as a man whose conclusion does not follow from his premise. Sophistry is appreciated only by those among whom human entropy is disappearing; they mistake it for sound reasoning. It flourishes among those people who have extended their sexual opportunity after a period of intense compulsory continence. [11]

Summary of where our culture is going, given Unwin’s findings

For the first part of the 1900’s, mainstream Western culture was rationalist and experienced enormous technological advances — from horse-and-buggy to cars; from hot air balloons to supersonic flight and spacecraft landing people on the moon; from slide rules to computers. Unwin’s three main predictions — the abandonment of rationalism, deism, and absolute monogamy — are all well underway, which makes the ultimate prediction appear to be credible … the collapse of Western civilization in the third generation, somewhere in the last third of this century.

Will our culture be the exception?

I suppose we can hope, but there is always a tendency to want to believe “it cannot happen to us.” Unwin describes this attitude as a “pardonable egocentricity” and a “quaint and comfortable doctrine” that flies in the face of data, which indicate that the pattern of decline happens with “monotonous” regularity. That’s another way of saying that “insanity is doing the same thing yet again but expecting different results.” The primary predictions are already unfolding with alarming “alacrity”.

Why is there such a “monotonous” perfect inverse correlation?

The old adage, “correlation does not entail causation”, probably holds true here as well. Unwin makes it clear that he does not know why sexual freedom directly leads to the decline and collapse of cultures, although he suggests that when sexual energy is restrained through celibacy or monogamy, it is diverted into more productive social energy.

Perhaps, but I find it difficult to accept it as a primary cause. Mary Eberstadt’s recent research into the substantial rise in mental health issues including depression, and the explosion of identity politics is a “primal scream” due to the loss of identity that was once provided by growing up in a long-term, immediate family with siblings and a sizable group of cousins, aunts and uncles, all of which provided identity—essential for well-being. Eberstadt shows and documents from various studies that this decimation of the family was a direct consequence of the sexual revolution at the end of the 20th century.[11]

Her research indicates that increased sexual freedom led to the decimation of the family, which resulted in the loss of family identity, which produces Eberstadt’s ‘primal screams’—a massive increase in mental health issues, mass killings, and the rise of extreme identity groups at war with each other … all symptoms of a society rapidly spiraling into collapse. This appears to have greater explanatory power than Unwin’s psychological suggestion, although the two may actually be closely related, given what Eberstadt shows.

Both Unwin and Eberstadt provide substantial evidence that a sexual revolution has long-term, devastating consequences for culture and civilization. As Unwin states, “The history of these societies consists of a series of monotonous repetitions,” and it appears that our civilization is following the same, well-travelled road to collapse.

Back to the philosophical thought

So back to that afternoon in the philosophy seminar when it occurred to me that some moral laws will seem to limit human pleasure in the short term, but will prevent great suffering or maximize happiness and fulfillment in the long term. For years, it has been my thinking that God’s moral laws are not simply a bunch of arbitrary rules given to restrict mankind’s freedom. Instead, they are like operating instructions designed to spare people from suffering while maximizing human flourishing. Unwin’s and Eberstadt’s research provides strong rational justification for the inference that God’s moral laws pertaining to our sexuality, although they may restrain us from some immediate pleasure, protect us from enormous long-term suffering while maximizing our long term flourishing.

The Family Proclamation warns that the disintegration of the family will bring calamities upon individuals, communities, and nations. Brent Andrewsen, lawyer and Chairman of the Board at Kirton McKonkie, joins the podcast again to discuss this warning and how The Equality Act may affect the family (8:57). Brent proposes that the law is a teacher for the people living it (16:30), and hosts David and Linda join in to discuss why we can still have hope and control in our families regardless of where we live or the calamities that may come (22:00).