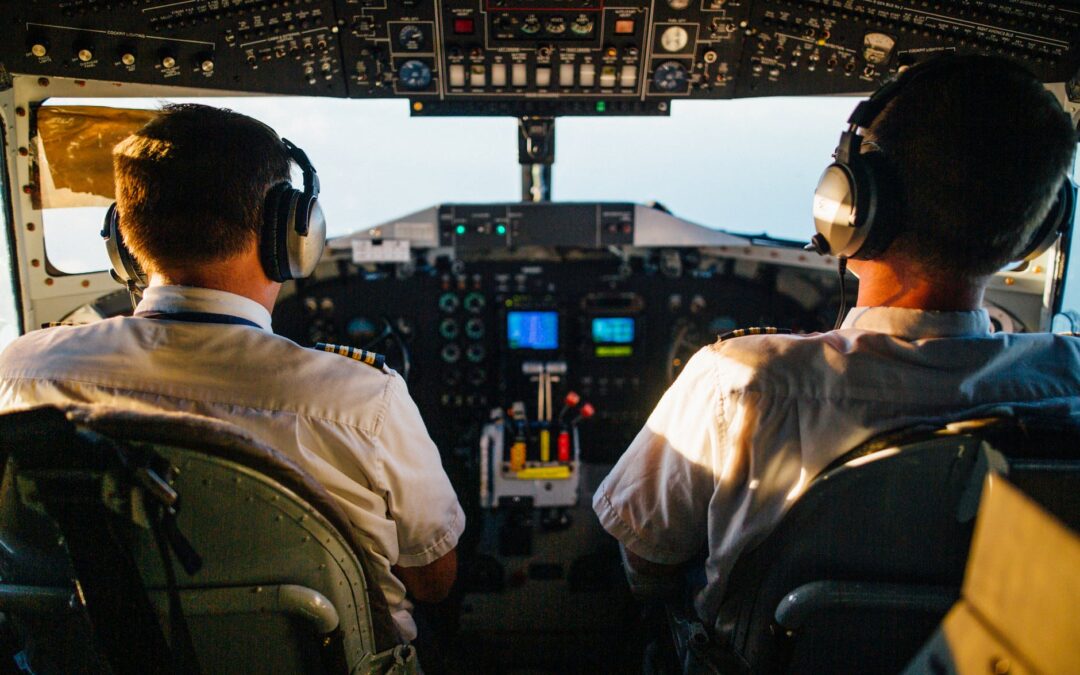 Can you imagine being on a plane to Hawaii and falling asleep, only to awake after you missed your destination? That’s what happened to two pilots on a Honolulu flight which overflew Hilo International Airport by 30 miles. The captain and first officer overflew the airplane’s destination when they fell asleep while the plane was on autopilot. Flight 1002, with 43 people aboard, passed over Hilo International Airport at 21,000 feet and continued straight on over open ocean before traffic control finally were able to wake up the pilots, who then turned around and landed the plane safely.

While we may might not ever find ourselves in this situation, we do live in a society that is constantly talking about the need to be “awake.” This term can have a few different meanings, especially depending on where one might align politically. However, in the Book of Mormon, “awake” is often used in connection with discernment and a call to action:

O that ye would awake; awake from a deep asleep … Awake! and arise from the dust … Awake, my sons; put on the armor of righteousness. Shake off the chains with which ye are bound, and come forth out of obscurity, and arise from the dust.
(2 Nephi 1:13-14, 23)
—
Behold, he changed their hearts; yea, he awakened them out of a deep sleep, and they awoke unto God. (Alma 5:7)

And, in the New Testament, Paul taught the Saints of his day:

What a perfect scripture for 2021. Everywhere we turn there are attacks and pressures on the family. It seems more real than ever before. It’s more intense. It’s more than a tangible feeling. It’s our new reality.

Paul told the Saints that the day is at hand for them to rise up and put on the whole armor of light (and God), just as President Russell M. Nelson asked us to do in 2018 when he announced the move towards a more home-centered Church:

This statement may have been initially overlooked with the excitement of the announcements that followed, but when viewed through the lens of the eternal family, it is significant. We know this because we also know that “the family is central to the Creator’s plan for the eternal destiny of His children” (Paragraph 1, “The Family: A Proclamation to the World“). Because of its centrality to our Heavenly Father’s plan, there can be no doubt that the family is also central to the adversary’s plan.

This centrality of the family goes both ways, but for very different and opposing purposes. In other words, the family is central to our Heavenly Father’s plan but, unfortunately, it’s also the central plan of attack for Satan. When we wake up to the importance of creating and strengthening marriages and families, we begin trying to protect them with more urgency. This year and beyond, we need to work out more effective counterstrategies and proactive plans. And, we will need to do so faster than we might realize.

Decades ago, British ethnologist and social anthropologist at Oxford University and Cambridge University, Joseph Daniel Unwin conducted a landmark study of 6 major civilizations and 80 lesser societies covering 5,000 years of history. In his exhaustive examination of sexual behavior and their affect upon society, Unwin observed that monogamous cultures prosper and those disinclined to restrain sex to monogamous marriage remain primitive or, if once successful, they decline. He concluded:

“Thousands of years and thousands of miles separate the events; and there is no apparent connection between them. In human records, there is no case of an absolutely monogamous society failing to display great [cultural] energy. I do not know of a case on which great energy has been displayed by a society that has not been absolutely monogamous…”
—
“The whole of human history does not contain a single instance of a group becoming civilized unless it has been absolutely monogamous, nor is there any example of a group retaining its culture after it has adopted less rigorous customs.”
Source: Unwin, J. D.. “Monogamy as a Condition of Social Energy,” The Hibbert Journal, Vol. XXV, p. 662. See also J. D. Unwin, Sex and Culture (London: Oxford University Press).

This observation is a sobering one, and a wake up call for our day. Remembering the charge Paul gave to his people can give us the courage and increased motivation to be more awake with what is happening in our own families:

Perhaps the most important piece of this scripture is that once we are awake to the realities facing our marriages and families, we have the ability to do what Paul calls “putting on the armor of light.” It’s a stunning visual for putting on the whole armor of God.

While difficult days lie ahead for marriages and families around the world, we can counteract the negative influences of the adversary by using and internalizing the principles of the family proclamation. The answers are found in a mere 600 words. Each paragraph adds to the armor we can put on to shield us from the fiery darts of the adversary. It is possible to protect our marriages and families because prophets and apostles of God solemnly proclaimed it to be so.

Don’t miss this week’s episode of The Raising Family podcast, where hosts David Steele and Linda Hill interview experts on issues involving the family, culture and society. The show airs every week wherever you get your podcasts.